We are celebrating our 70th Anniversary! | Learn More

In this article from our Professional Photographers on Light Metering series, Octavian Cantilli explains how he used two lighting setups to capture action shots of surfers.

In this shoot, where I had very limited time to make images, my light meter was vital for increasing the time I could spend behind the camera instead of messing with my lights. In all honesty, without my Sekonic L-558R I don’t think I would have had any time behind the camera at all. Metering at the point where the action takes place and then tweaking the packs once or twice beats the hell out of asking someone to stand in, taking the picture, and then repeatedly guessing what to do next. The name of the game here was getting my strobes at least 3 stops over ambient while maximizing either flash duration or high-speed sync. 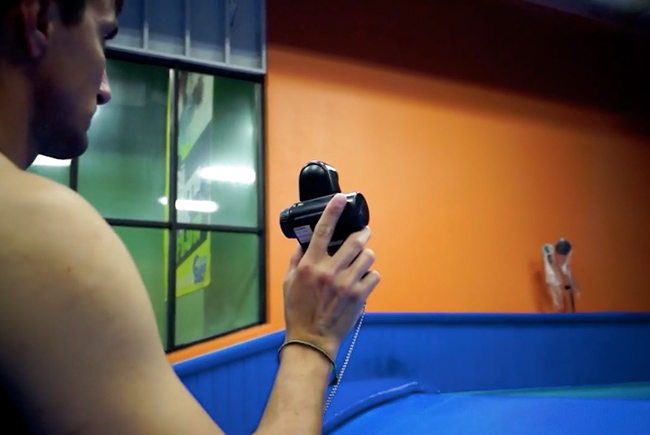 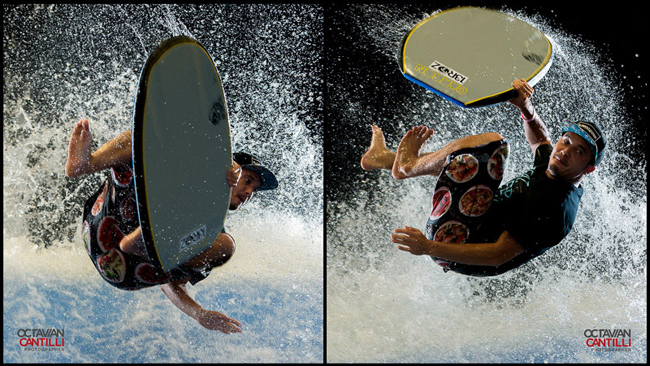 My regular commute takes me by Fantasy Surf in Kissimmee, FL. About two years after first noticing the establishment, I finally went in to investigate the possibility of creating some interesting imagery. It turned out to be oozing with possibilities! After a few phone calls, e-mails, and visits with an enthusiastic and very accommodating general manager, as well as a short wait for the dual FlowRiders (water jets) to be fully functional, I was granted an hour and 30 minutes of "closed to the public" time with a couple world champion indoor surfers.

As someone who started his college career as an aspiring engineer, I've always been interested in the latest and greatest image-making technology. For this situation, both Profoto's ultra-short flash duration Pro-8a and Pro-B4 generators and PocketWizard's FlexTT5 high-speed-sync transceivers teamed up with Nikon speedlights seemed like a good choice. I had access to both systems, so why not use both and compare and contrast the results? With the generous help of a couple good friends, Vincent Santilli and Willie J. Allen Jr., I was able to make some images worth sharing. The amount of time required for setup, and for the cameras to become acclimated to the humidity in the room, shrank my shooting time to about 30 minutes. 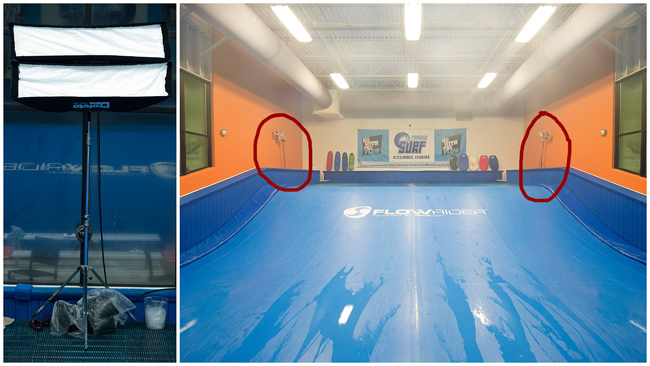 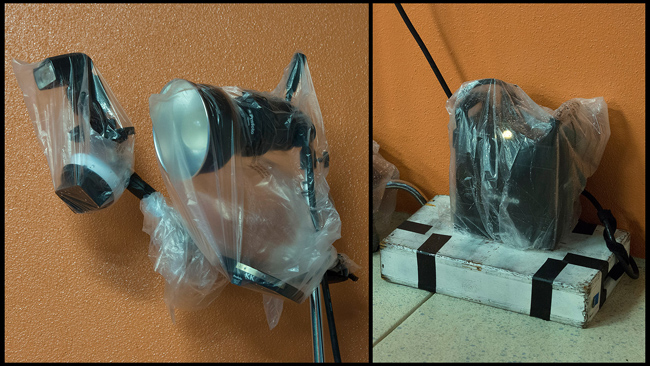 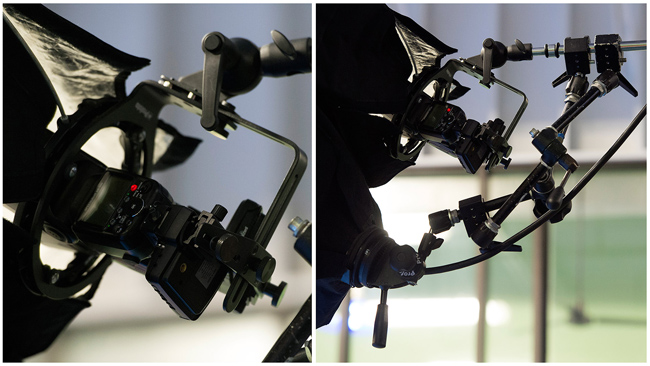 The limiting factor, thus the first thing I dialed in this system, was the amount of power the backlights could put out. Each backlight consisted of a Profoto Pro-B4 and a ProHead Plus. In full "freeze mode," I could only turn the packs up slightly above half power or f/3.5, ISO 200, 1/250 second, measured at the center of the surf area, which was about 3 stops brighter than the dimmed-down overhead fluorescents. Then, I dialed the frontal fill light (the 1'x4' strip, which was feathered up, powered by an Pro-8a) to about 1.5 stops under the backlights or f/2.3, ISO 200, 1/250 second. For the overall exposure, I wanted more depth of field, so I settled on f/6.3, ISO 800, and 1/250 second. Looking back, I wish I had gone with f/11, ISO 2500, 1/250 second, because the sensor in my D4 still makes super-clean images at this ISO setting! Having some magnum reflectors on the backlights would have let me go down in ISO as well. Turning the overhead fluorescents completely off would have allowed me to go down in power on all the packs, which would have yielded shorter flash durations, and thus even sharper images. Next time. . . . 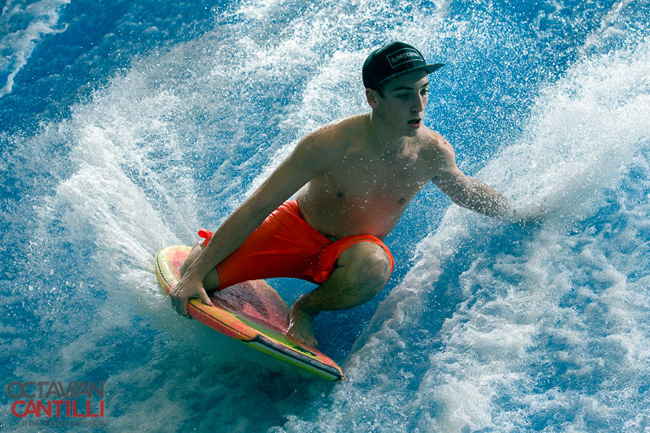 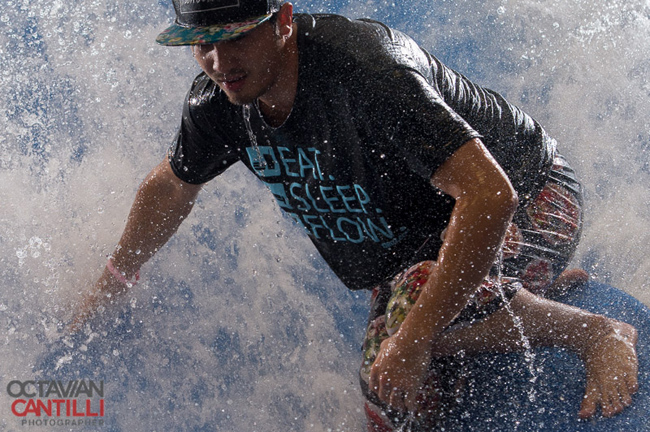 The lights for this system were piggybacked next to System A, within one foot in placement, so the difference in light angle was negligent. Magic Arms were used to secure the speedlights and FlexTT5s to the C-stands and Junior Boom Arm. I controlled this system from an on-camera AC3 ZoneController. The backlights were set to zone C at half power, and the two frontal fill speedlights in the 1x4 strip softbox were set to zone A at one-eighth power. All of this produced an overall exposure of f/3.5, ISO 800, and 1/250 second. This exposure was only 1.5 stops brighter than the ambient light, which would have given me ghosting and blurry pictures. This is where the FlexTT5 system came in. I was able to dial in my shutter to 1/1000 second, while losing only about 2/3 of a stop of light. I settled on an overall exposure of f/2.8, ISO 800, and 1/1000 second, but just like before, I wish I had trusted my camera and gone with f/6.3, ISO 4000, and 1/1000 second. Having external battery packs on each of the speedlights and turning up the power to full on the backlights would have given me a more favorable overall exposure and faster recycle times, but that would have pushed my poor little speedlights to the max. With the way I had things set, I was getting about three-second recycle times, which I often didn't abide by. That was evident by the fact that the images I made with this system were all over the place in exposure and white balance. Given more time to set up and test, better results can be attained than what I was good for, but my time to make images was running out. 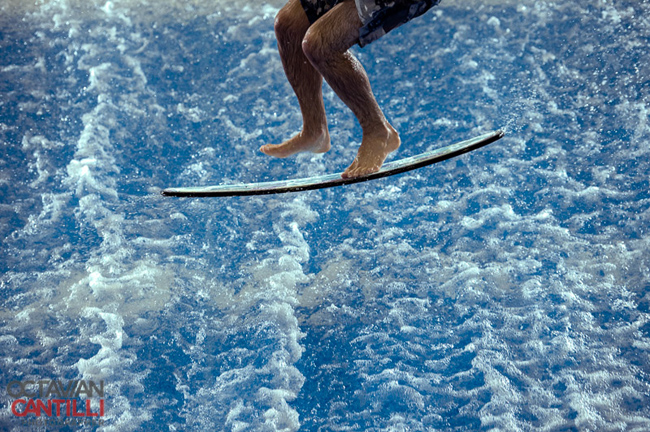 Check out Octavian Cantilli's behind the scenes video of the shoot.

Octavian Cantilli is an Orlando FL-based photographer who specializes in natural, moment-based imagery and personality portraiture. You can see more of his work on his Web site.